skip to main | skip to sidebar

animal shelters are fascinating sociological microcosms. working in one for over two years has broken my heart innumerable times, made me dependent on water-proof mascara, and given me insight i'd never had before. it has also exacerbated what little patience i have for total and complete idiocy.

today an affluent gentleman who adopted two pets from the shelter before came in with one of his friends. he has a beautiful home (decorated predominantly in whites, creams, and pastels) and delighted in showing me picture after picture on his fancy iphone. when he initially came in months earlier, he expressed interest in adopting a purebreed dog. at the time, we had a newfoundland. even though he expressed displeasure and disdain over what the prospect of a large, hairy, drooling black dog meant for his pristine home, he chose the newfie because it was the only purebred dog available at that time. several months later, we wound up with a gorgeous afghan hound. although he expressed concern over what another large, hairy black dog might mean for his home, he wound up adopting her as well. while he finds his dogs' long, black hair difficult to manage, he still adopted them, even though there was a shelter full of pit bulls of varying shades whose coats do not shed nearly as much as the two he ultimately adopted.

his friend came to me saying she wanted to adopt a purebred dog as well. based on her friend's dogs, she was excited that she might get a recognizable purebred. when i told her "we have a shelter full of wonderful, purebred american pit bull terriers." she shuddered and said "oh, no, any breed but that." i balked internally, but walked her through the kennel.

during our conversational walk, the only purebred dogs that caught her eye were an older adult german shepherd (who was in the process of being adopted) a younger adult boston terrier (whom she decided she didn't want when she saw he only had one eye), and a brown puppy that she thought could was a chocolate lab. when kennel staff were unable to definitively say the puppy was a chocolate lab, she was no longer interested.

this is utterly fascinating to me. here are 3 very different dogs with 3 very different personalities and, based on their breed, very different functions or "jobs." moreover, all 3 dogs were different ages! all these factors should be considered when adding a new canine member to your family or household. yet she was only interested in her dog being a purebred--she insisted on it--regardless of size, temperment, age, or whether or not that breed might be a good fit for her lifestyle. she didn't want an animal companion, she wanted an animal accessory.

i detest people who adopt animals as accessories. she wanted a purebred that would be the perfect affluent accessory to her affluent lifestyle. she didn't seem at all interested in forging a bond with an animal or sharing a life with one--she wanted one that would "match" her home.

needless to say, this was/is beyond bizarre to me. i have pit bulls for companion animals--not because they "match" the lifestyle to which i am accustomed as the working class daughter of working class parents, but because they match me. i am an active, strong-willed, fun-loving affectionate, and loyal person whose dogs are compatible with these qualities. i also work in an environment where i see countless pit bulls wind up in the landfill--in large part because of people like this woman, whose inexplicable insistence on a "purebreed" works to hold open the trashbag and hold it steady so that the lifeless, once wagging, wiggling body of an exuberant pit bull can be carelessly tossed inside before being dumped at the landfill.

i don't mean or want to oversimplify the situation--those are the micro, personal implications of such choices. i want to be clear, however, that these work in tandem with macro, institutional practices and policies (e.g., breed specific legislation, rental properties who don't allow "vicious" breeds but who don't/won't temp test an animal, insurance policies, etc) whose function keeps pit bulls in, rather than on top of, the ground.
i also want to be clear that i want all dogs--purebred or mutt, pit bull or otherwise--to find suitable, loving homes, especially those that find themselves in shelters. the shelter environment is more cruel, cold, and isolating than can fully be expressed with mere words. the sad fact of the matter is that no matter how horrible, inhumane, or lonely a shelter is, the effects of this are amplified for pits and pit mixes. this is, hands down, the breed of dog that suffers the most. i hope to find ways to alleviate their suffering and show their true, loving natures, not only for the 2 that lay by me snoring right now but for the countless ones, in my shelter and elsewhere, who simply want someone to love them.
Posted by redvelvetfemme at 1:26 PM 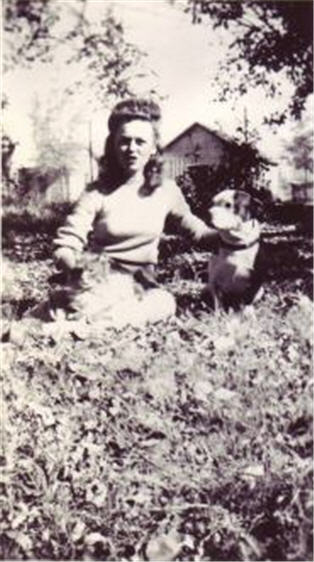 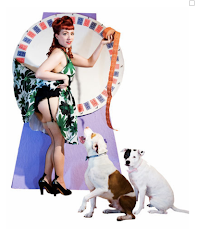 
Copyright 2009-10, Pit Bull Patriarchy. All rights reserved. The personal opinions expressed herein do not represent or reflect our respective employers or institutions. Unless we are describing a public event or information already published elsewhere, all references to real dogs and people are fictionalized and/or pseudonymous as appropriate. If you have any questions, give a shout!